Talk About Art: The Cats 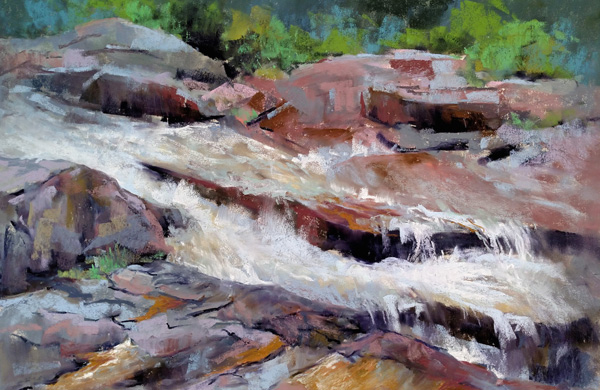 In 2016 five Leelanau County painters followed in the historic footsteps of seven Canadian painters. The result is a visual record of “The Cats on the Prowl: A Superior Adventure.” An exhibition of paintings generated by that trip are on display at the Glen Arbor Arts Center May 10 – 26.  GAAC Gallery Manager Sarah Bearup-Neal talks to members of this quintet to go deeper into the trip about the reasons for the trip and what was learned during their Superior Adventure.

The Cats — Leelanau painters Jane Ditri, Mary Fuscaldo, Candace Petersen, Sue Quinlan, and Barbara Reich — traveled to Wawa, Ontario three years ago to paint some of the same iconic landscapes made famous by the Group of Seven. The seven men, sometimes known as the Algonquin School, painted the rugged Canadian wilderness from 1920 to 1933, exploring through their painting the unique character of the Canadian landscape. During the course of the six day trip, the Leelanau painters traveled Lake Superior’s eastern shore, and revisited many of the sites made famous by the Group of Seven.