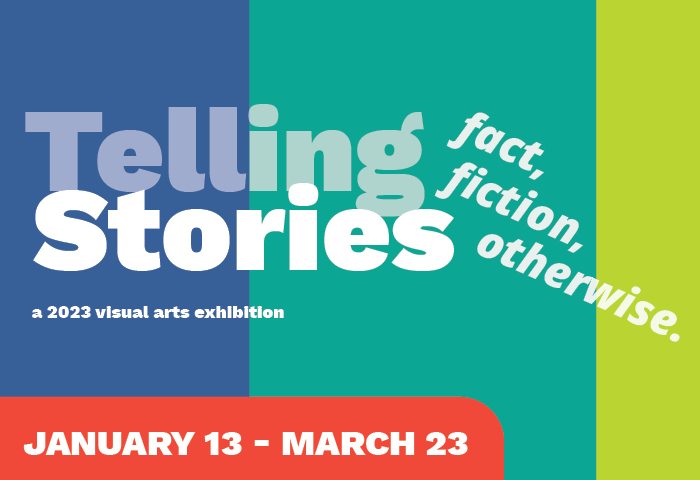 Human beings have told stories with images since the beginning – from the Lascaux cave paintings, to the Bayeau embroideries, to Pablo Picasso’s Guernica, to Faith Ringgold’s story quilt Dancing at the Louvre. Some visual stories are personal. Others are communal. Visual stories record history, respond to and interpret events, comment on the state of humanity and the world. We live in a time when we are bombarded by storytelling images – so many pictures that it has become the work of a lifetime trying to discern which of these are real, which are inventions, and which are something entirely else. Even with all its mechanical properties, photography offers no assurance the resulting image is strict and true dictation – i.e. a simple recording untouched or influenced by personal bias and experience. What happens when text becomes the visual element in the story?

Sky Stories: Every Monday morning, at 6:45 and 8:45 on Interlochen Public Radio, Star Lore Historian Mary Stewart Adams tells stories about the night sky, and illuminates the connections between the cosmos and the humans down below. In this video interview, Mary talks about those stories, and why dark skies matter. FREE. Watch the interview here.

Farm Stories: From 1901 to 1961, Leelanau County residents who found themselves homeless, and in need of work, found shelter and employment at the county’s Poor Farm – a 120-acre farm, located a mile from Maple City, Michigan on County Road 616. A new documentary is underway about the Poor Farm, its history, and its progressive role in the community. In this video interview, we talk with two of the project’s members, Leelanau County residents Tina Mehren and Barb Siepker. FREE. Watch the interview here.